Why do our exterior blinds produce electricity? 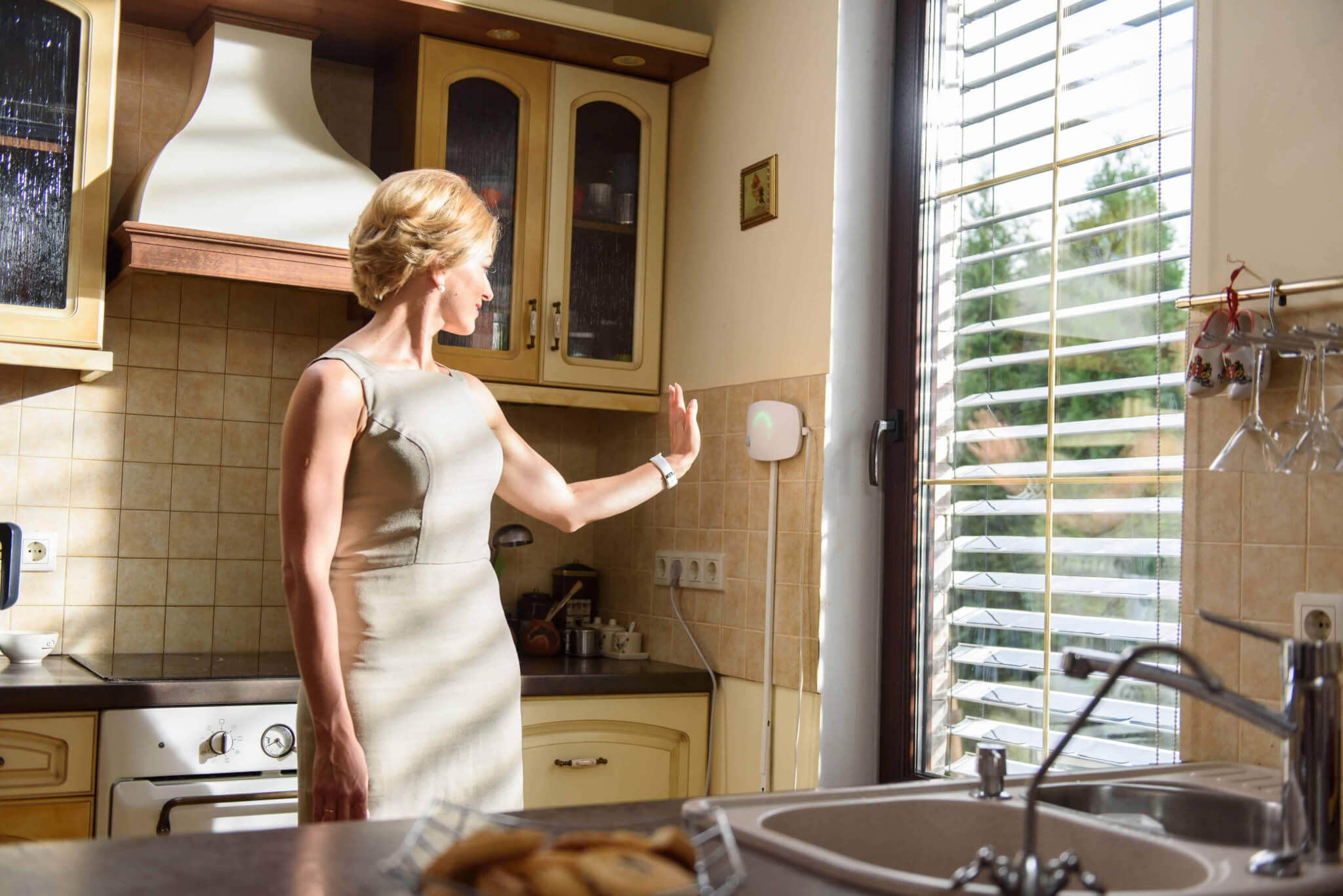 In technical jargon, the environmentally friendly solar system is also called a photovoltaic system.
The term “photo” comes from Greek and means light. The word “Volt” is also contained in the word “system” and as we all know, “Volt” is the unit of measurement for electrical voltage.

A “photovoltaic system” consists of many small solar cells that are exposed to visible rays of sunlight. The sunlight consists of countless, tiny “photons”, which are the energy carriers in sunlight. To be able to use these valuable energy carriers, one needs certain materials, for example Silicon.
When “photons” meet “silicon”, negatively charged electrons are released, which can be “captured” and guided. At the same time, positively charged gaps are formed, also known as “holes”. The solar technology catches the electrons and leads them to the conductive tracks, whereby the positively charged “gaps” are directed to the rear contact of the conductive tracks. Since negative and positive charges attract each other, but the layer on the conductive paths prevents direct contact, the negative and positive electrons race along the conductive path. In this way, electrical energy, i.e. electricity, is generated.

Read more about inverters in our article Inverter Power

However, this is still direct current, which must be converted into alternating current by a “converter” (inverter) so that we can also use the electricity. Because all our electrical equipment and the public power grid needs alternating current and no direct current. Since a single small solar cell can only produce very little electricity, many of these cells are combined to form a “module”, which is called a “solar module”.
A solar system and thus also our solar blinds are solar modules considered individually, which together produce a considerable amount of electricity. Solar panels are entirely environmentally friendly, protect resources, help to reduce CO2 emissions and are a useful tool for tackling climate change. The raw material silicon is also not a limited or protected resource.

Silicon is obtained from quartz sand, which occurs very frequently in the earth layer. The occurrence of natural silicon is immense, it is considered inexhaustible. No resources are attacked during silicon production. This closes the loop to the most environmentally friendly production method of electrical energy, which we produce and use with our blinds.