What is external shading and why would you need it?

There can be lots of reasons why you would want to shade your apartment. The most common ones are to control the in-light and your privacy. In hot climates the most important reason, however, is to prevent the heat gain during sunny hours. The later results in reduced needs for AC usage which allows you to save money (and contribute to saving the planet, too.)

Since ancient times people used different means to block the sun from the contact with their homes.

Let’s take a look at the list of these external shading devices.

Iwan is an exterior shading construction in traditional Islamic architecture but it is also widespread in contemporary architecture. It first appeared during the Parthian Empire (247 BC – 224 AD). After 11th century it was widely used in Islamic monumental architecture. According to recent research, a south-facing iwan is capable of reducing building’s energy consumption by 32%.

Pros: simple as it looks and effective

Cons: can’t be implemented if the house is already built

First marble shutters with fixed slats were made in ancient Greece between 800 B.C. and 500 B.C. Later the idea was borrowed by Mediterraneans and wooden shutters with movable louvers appeared. In Medieval Europe solid shutters were used to protect the household residents both from the insects and the robbers.

Nowadays we refer the word shutters to either solid or slotted window cover installed outside.

Pros: protect the window, give the house a “Mediterranean” look

The colonization of America brought shutters to the new continent. Planters used them in their mansions mostly in the Old South and the term “Plantation shutters” developed. Traditionally placed on the outside of the houses, they moved inside with the time. Today wooden shutters are used mostly as interior window covering in the US. 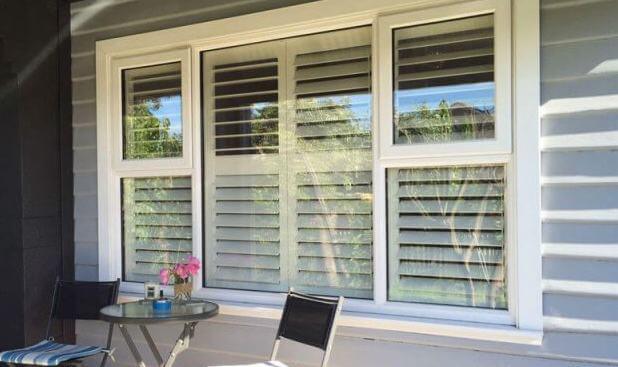 Cons: would look alien in the modern interiors, can block the view

Interestingly enough, Venetian blinds don’t originate from Venice. It is commonly believed that they were brought by Venetian merchants from Persia, who introduced this idea into the European market in the 15th century. However, the true origin is still unclear, especially if to consider the fact that Egyptians used tied together reed to protect their home from the blazing sun, while Chinese used bamboo.

Traditional Venetian blinds are made out of wooden horizontal stats with the cords used to control the blinds’ position. 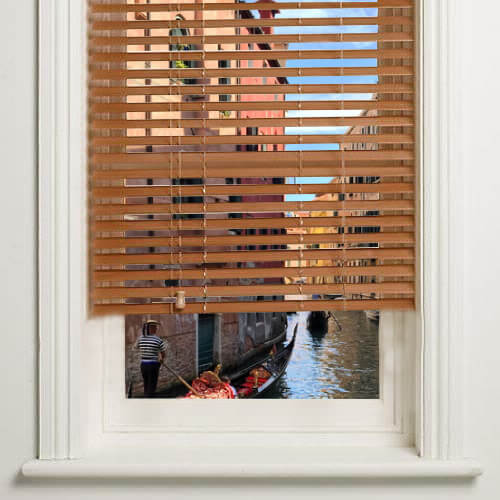 Slowly but steady Venetian blinds began to spread through Europe and beyond. In the 20th century their popularity reached its peak on the American continent. This time Venetian blinds were made of aluminum or plastic and it was hard to find a single office without them.

Unfortunately, it wasn’t very convenient to clean the blinds due to their narrow slats, and they were prone to brake quite often.

In the middle of the same century the vertical textile blinds were invented. Unfortunately, they had the same disadvantages as their ancestors.

Besides, interior Venetian blinds were recognized as dangerous for little children because they can get stuck in the cords or between the slats. At the end of the 20th century motorized blinds came to the market as a perfect solution to these problems.

Cons: thin slats can be easily broken, don’t go well along with kids and animals 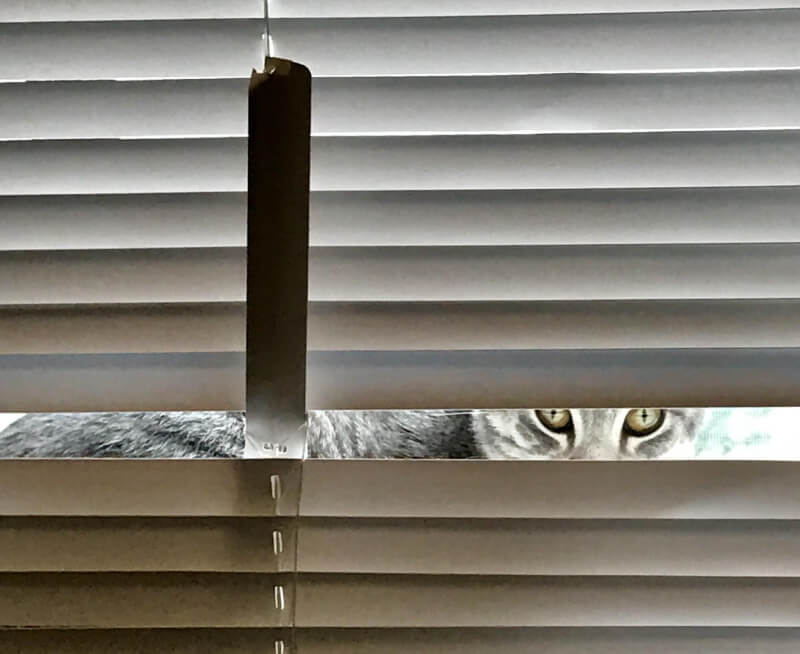 As we can see all the above-mentioned blinds have one common issue, in most cases they would look good in the modern minimalistic design.

Some solutions would not fully close, some are fragile. The market needed a new solution.

While providing privacy to the inhabitants, interior blinds could not prevent the sun from warming up the room. Solar rays got through the window and heated the blinds or shades (especially the metal ones.)

Exterior solutions, on the other hand, could not withstand severe weather conditions (e.g. wooden shutters).

It wasn’t until 1960th when first outdoor metal blinds with wide slats saw the world. They provided external shading, leaving the head outside of the windows.

In the 21 century everything from phones to houses went smart and so did the blinds.

But sometimes being just smart is not enough.

In 2015 external Venetian blinds with built-in solar panels were invented. Now the motorized blinds did not only became sustainable, but also generated extra energy to power other devices.

Cons: should be installed by professionals, not as cheap as indoor shading solutions

When it comes to external shading, it’s for to you to choose the right solution for your home.  Here, at SolarGaps, we believe that everyone is responsible for saving our world and every little contribution matters. By exploring innovative concepts and adopting new technologies, we can help move every city closer to their Net Zero goals.